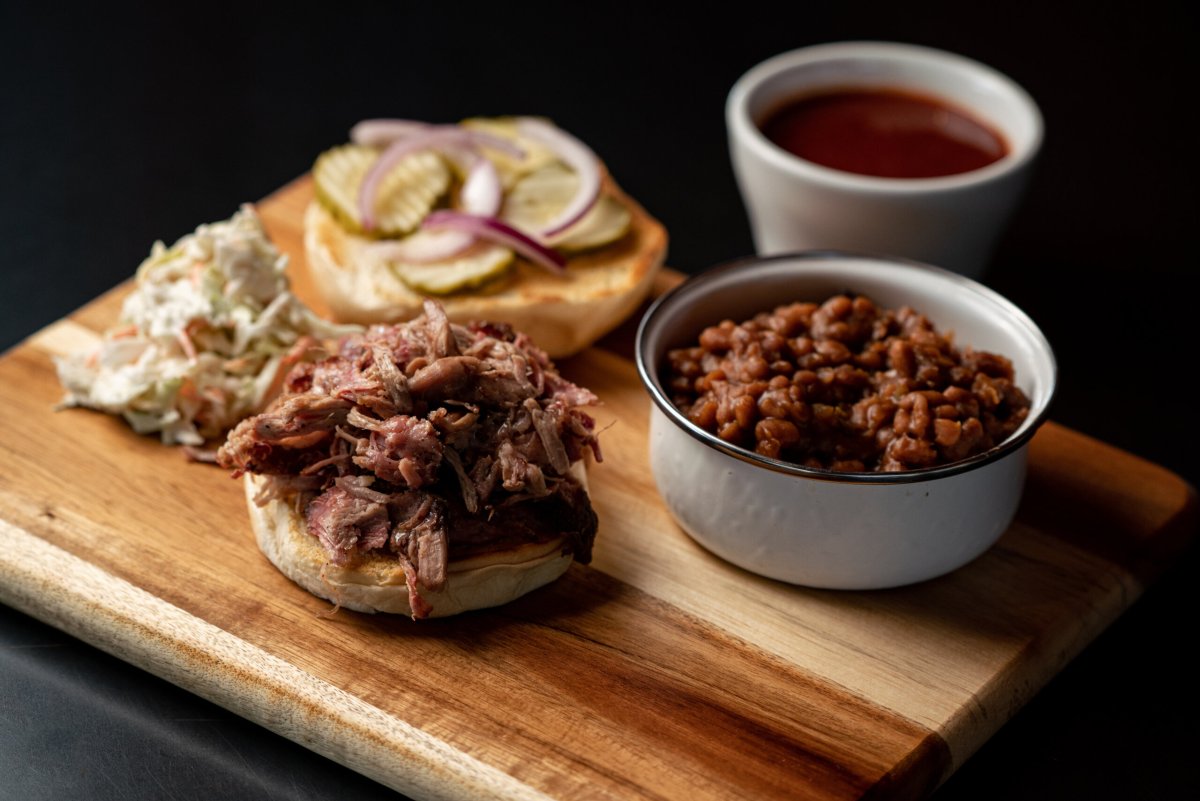 Located at 4489 W. Partridge Hill Lane, Ste. 1000, less than 25 miles from the original that started it all, Riverton’s new R&R BBQ will be serving up fan favorites like Certified Angus Beef Brisket, BBQ Pork Tacos, and gargantuan Caveman Burger. The grand opening, scheduled for Labor Day weekend, will mark the 10th R&R in the Salt Lake City area and 12th overall across Utah and Idaho.

“We’re proud to keep expanding throughout the Salt Lake City area as local residents have embraced the love and dedication we put into all of our slow-smoked BBQ,” says VP of Operations Emery Winward. “Our new restaurant is only a short drive from downtown, but when you’re craving some Rocky Mountain BBQ, you want it right away. Now, fans in Riverton will have a conveniently located R&R BBQ all to themselves!”

The new 3,988-square-foot location will be in the Mountain View Village shopping center and feature an expansive patio. The new restaurant will also offer full-service catering to homes and businesses across the city. All of R&R BBQ’s meats are smoked on-site with sides and desserts that are made in-house. The award-winning brand’s exceptional service focuses on swiftly delivering Slowly Smoked food, Quickly Devoured.

In preparation for its grand opening, R&R BBQ will hire 80 to 100 friendly and energetic personalities to work in front- and back-of-house roles. Interested candidates are encouraged to apply online here.

R&R BBQ prides itself on taking its time to slowly smoke its mouthwatering Rocky Mountain brisket, chicken, pork, and ribs – while delivering each order within four minutes to ensure guests can dig in quickly. Its BBQ has developed a loyal following with good reason, having been named grand champion at nine national competitions.

To learn more about R&R BBQ, its catering options or to view the full menu, visit R&RBBQ.com.

About R&R BBQ
Started in 2013 in a single storefront in downtown Salt Lake City, R&R BBQ has gained acclaim as Utah’s best competition barbecue team with dozens of regional victories and several top placings in America’s largest contest. The evolution into a powerhouse in the nation’s barbecue scene helped R&R BBQ develop a loyal following for its variety of BBQ pork options and Certified Angus Beef Brisket. Winning national competitions and local’s tastebuds has led to the growth of 11 brick-and-mortar locations in Utah and Idaho, a full-service catering kitchen, and two special event venues: Vivint Smart Home Arena and Rio Tinto Stadium – both in the greater Salt Lake City area. Owned by Mercato Partners and operated by Savory, R&R BBQ continues to experience a steady growth of its Slowly Smoked, Quickly Devoured fare with more restaurants planned to open throughout the Rocky Mountain region and the U.S. For more information, visit R&RBBQ.com or follow on Facebook, Twitter or Instagram.

About Savory Fund
Savory, a Mercato Partners Fund, is focused on delivering outsized returns through strategic investments in the food and beverage industry. Savory partners with high-potential, profitable, emerging restaurant brands, to deliver financial capital, industry expertise, revenue opportunities, profitability enhancements and new location development. The Savory team contributes directly to all aspects of growth and replication by using a proven playbook and methodology. Founder involvement in the expansion of a brand is a central theme of the Savory approach as founders carry the tribal knowledge around the uniqueness that has energized early success and is essential to future growth. For more information, visit SavoryFund.com.